Today I want to introduce you to positive education and what is different from traditional methods, which are now obsolete and are not recommendable at all.

Training is the process of teaching skills or behaviours. It applies to humans, dogs, cats and other animals. 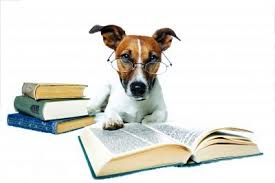 A dog can be obedient but still have a behaviour problem. Just obedience can’t solve behaviour problems; we must look for the root of the problem and treat the cause, not just the symptoms.

Learning can be defined as “any permanent change in the response that occurs as a result of the experience”. However, not all changes in behaviour are due to learning. Some are due to a change in motivation, e.g. drinking water when you are thirsty.

It is important to recognise that no one does anything for free, so do not expect your dogs to do so.

On the other hand, if we add something bad that the dog does not like we risk creating negative associations in our dogs.

And what do we do if our dog has already made a negative association, for example, a dog that reacts to foreigners or is afraid of other dogs? Well, we need to change the underlying emotion with new positive associations. In other words, teach your dog that what produced his fear now is going to bring good things. An example, a dog that is afraid of strangers will have a jackpot whenever approaching someone voluntarily, without forcing anything and following guidelines.

Positive education is based on positive reinforcement training methods. A reward can be anything that motivates the dog: foods, attention, cuddling, going for a walk, allow him on the couch, etc.

Just like us, dogs learn best when their achievements are reinforced. Rewarding the dog keeps the motivation and builds a strong bond between you and your dog. Otherwise, always telling your dog what he did was wrong will discourage and frustrate him.

Imagine that you failed a test. Would it help if the teacher started yelling at you or beating you? A good teacher would help you prepare better for the next time, would try to improve their teaching methods, and would encourage you to keep trying.

Well, we are our dog’s teachers. The next time your dog does something you don’t like, ask yourself how you can help him do it well in the future.

Using positive reinforcement-based methods does not mean that you cannot say no to your dog. You just have to say it in a way that dogs understand, not in the human language. You can:

–Avoid the situation: manage the environment to make your dog always succeed

–Teach an alternative behaviour. Example: If your dog jumps ask him to sit or do a trick that interrupts the behaviour and    then reward him.

Why not use punishment

Physical punishment, force and intimidation have no place whatsoever in any dog’s education or training. Punishment scares the dog and fear inhibits learning, i.e., all the dog will learn is to be afraid of the punisher. What is worse still, many studies show that the punishment often results in serious behaviour problems such as fear, anxiety, and aggression disorders.

These methods are often seen with famous figures on tv, but don’t get fooled! They are non-ethical and are non effective long-term, the dog’s problem will come out one way or the other, if not worsen.

It’s so frustrating and sad to see there are people who call themselves trainers and teach owners methods such as beating the dog, growling at the dog, “be the alpha/leader” or dominate the dog, forcing the dog, pull the dog to the floor to show him who is boss, grab him from the jaws and shake him, encourage the use of the prong, choking or shock collars among many other things with a non-sensical basis.

None of this will help your dog. Although in some cases it may seem that the problem is disappearing, that’s not the case, problems don’t disappear without treatment, the problem is still there and it will get worse. Neither fear nor aggression (which is mostly caused by fear) can be treated with these traditional methods. Fear brings more fear. PERIOD. If you know someone has been recommended to use these methods, warn them, apart from the pain and suffering causing their dog, they are creating a time bomb.

The dominance theory has already been debunked, it was a myth made up from a single study based on wolves in captivity, which was already been proven wrong. (See references for further reading on this).

I will dedicate a post to help you all to know how to find a good dog professional, educated and with ethics, who does not harm the mental and emotional state of your dog or your relationship, but improves your bond along with solving the problem. I believe it is of vital importance to know how to identify them since there is no regulation in this profession and there are too many bad trainers everywhere. So be suspicious if anyone tells you that “the dog wants to control/dominate you” or “you must be the alpha, teach him who is the leader” and such stupid comments. Then you know they are not positive trainers.

The methods used are very important to determine or prevent future behaviour problems. The relationship and trust between dog and owner are key to success. The use of positive reinforcement rather than punishment has been proven to be the most effective way to create a strong bond between dog and owner, and also reduces the chances of aggression in the dog.

Hopefully soon there will be no need to specify if education is positive, since this should always be so.

I’d like to know what you think! To comment you only have to write your email the first time you log in and the next times you will be remembered ☺

Clark and Boyer, (1993) The effects of dog obedience training and behavioural counselling upon the human-canine relationship. Applied Animal Behaviour Science 37 (2) 147-159

Herron, ME, Shofer, FS, Reisner I (2009) Survey of the use and outcome of confrontational and non-confrontational training methods in client-owned dogs showing undesired behaviors. Applied Animal Behaviour Science 117 47–54